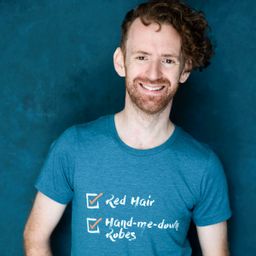 Chris is recognised internationally as Percy Weasley, a role he played in the Harry Potter film franchise. At the age of 16, Chris wrote a letter applying for an audition for “Harry Potter” and has never looked back.

Chris has more recently taken a step behind the camera and helped coordinate many high-end TV productions. Recent work includes "A Discovery of Witches" (Sky / Bad Wolf), "Downton Abbey" (ITV / Carnival), "The Bastard Executioner" (FOX), "Atlantis" (BBC / Urban Myth), and directed his first short film "Dad" which was shortlisted as part of the 2020 Cardiff International Film Festival. As well as screen projects, Chris remains committed to live performance, both heading up the theatre company Brecon Little Theatre and appearing in theatre events and seasonal pantomime. He continues to appear regularly at fan-related events across the globe from the smallest arts festivals to massive franchised shows.

He is currently presenting an orchestral show (including performing several songs) based around the music of Harry Potter in various cities across Europe and the UK with plans to visit other regions in the works!

Chris is also a keen blogger, traveller, musical theatre buff, fan boy, LGBTQ+ ally, and dog lover. He is a patron of the charity Transfiguring Adoption and regularly supports the work of Albert Kennedy Trust.

Sessions in which Chris Rankin participates