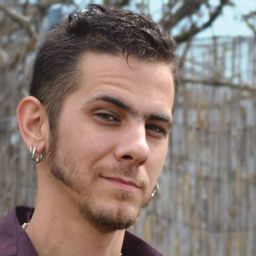 Jayel Draco is a multimedia visual artist and the co-founder of Oneshi Press, where he is the lead illustrator, lead-designer, co-creator, and one of the six writers at work on the Children of Gaia (COG) series, which includes COG: The Great Nations of Rendaraia; COG: War & Horses; and COG: Regions of Rendaraia and Their Inhabitants. In addition to the various COG titles, Jayel is also the illustrator and designer for the forthcoming graphic novel series Tracy Queen, as well as the comic book series PACK, Mr. Guy, and more.

The world of Children of Gaia (COG) is the result of his decades-long collaboration with fellow artist Chris Covelli, which began shortly after they first met in seventh-grade social studies class in 1994. Since then, the desire to bring COG to life has guided his career as an artist, fueling his dedication to honing his creative skills. He grew up in New York City, where in 2003, he earned his BFA in Illustration from the School of Visual Arts, later branching out into animation, costume and prop design, photomanipulation, motion graphics, and VFX. During his time as a freelance artist, Jayel’s fashion designs have been featured at trade shows including Project and Pool, and his animation work has appeared in Marvel’s Astonishing X-Men (episodes 1 – 6, written by Joss Whedon, illustrated by John Cassaday, and directed by Neal Adams) at MarvelFest New York City, and in Wagner’s Die Walküre (conducted by James Levine and directed by Robert LePage) at the New York Metropolitan Opera. For several years, he worked under the close tutelage of renowned comic book artist Neal Adams.

In 2014, Jayel teamed up with writer Lynsey G to found Oneshi Press, an independent publishing company dedicated to bringing immersive graphic storytelling projects to life. Today, Jayel lives and works in Missoula, Montana, where he can generally be found taking in nature, enjoying a beer from a local microbrew, and immersed in creating artwork for both his own IPs as well as work-for-hire.

For more info about Oneshi Press—who we are, what we do, and our upcoming projects—visit: www.oneshipress.com

Sessions in which Jayel Draco participates