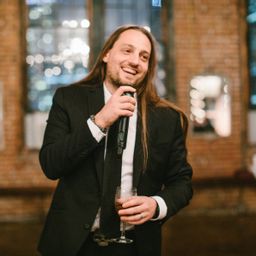 Jason Lekberg is a marketing executive and entrepreneur with over a decade of innovation in bleeding-edge tech and direct to consumer initiatives. Jason began marketing his own music projects online in the late 90s and began a career in digital marketing in 2007. Beginning as Executive Account Director for the world’s first marketing company specifically representing the relationship between celebrity and social media, he helped oversee campaigns for over 150 startups. These include Twitter, Reverbnation, Eventful, Kaltura, and many more. He was recruited by Epic Records, a division of Sony Music, where he handled marketing for their roster which included Michael Jackson, Sara Barielles, Natasha Bedingfield, Ozzy Osbourne, Incubus, Shakira and many more. While at Epic he spearheaded their Direct To Consumer business finding new ways to use emerging technology to engage their artists fans. In 2011 Jason joined Billboard Magazine’s #1 Independent Rock label Eleven Seven Music to rebuild and grow their digital marketing team as well as marketing. There he and his team executed campaigns for Blondie, Motley Crue, Papa Roach and more. In 2013 he launched his own Marketing company Lekberg Enterprises providing an industry-leading solution for artists who want to control their music and career. Lekberg has always continued to create music and perform live, releasing 5 albums and touring extensively throughout the U.S., Canada, and the U.K., acting as his own manager, booking agent, and marketing executive as well as artist. He has spoken as both an artist and a music executive at SXSW, SXSW V2V, CMJ, NMS, SF Music Tech, A2IM and completed a speaking tour on behalf of ReverbNation.

Sessions in which Jason Lekberg participates