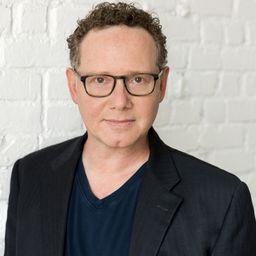 Rishon is, first and foremost, an entrepreneur. It’s what he studied — graduating from the Wharton School of Business with a degree in entrepreneurial management in 1994. It’s what he’s lived and it’s what he loves. For more than 20 years, he’s harnessed that spirit to create and lead successful organizations based in tech, entertainment, and the nonprofit sphere — finding new solutions to long-standing and emerging challenges. His keen business sense drives him to find the best talent and make a lasting impact.

From working in the live music industry to founding Brick Wall Management and 10x Management with his close childhood friend, Michael Solomon, Rishon has imbued his passions with purpose. He has founded three companies and most recently, Rishon completed his first book, Game Changer: How To Be 10x in the Talent Economy (HarperCollins; September 2020), which reveals the strategies companies and individuals can take to become 10x. Brick Wall started as a music management company that managed, marketed, and shaped the careers of musicians like John Mayer, Citizen Cope, and Vanessa Carlton. It racked up multiple Grammy Awards and nominations and more than 10 million albums sold. It now includes a consulting business that touches nearly every angle of the arts — from Emmy-award-winning and chart-topping songwriters, to producers, directors, and companies.

10x brought Rishon’s decades of experience managing creatives to the technology sphere, carving out a place as a premiere resource for companies seeking coveted freelance tech geniuses. In 2019, 10x Ascend grew out of the 10x Management practice with the sole focus of helping senior level tech talent negotiate the most favorable employment terms possible. Rishon is a trusted voice in the discussions about the future of work and the freelance economy, having presented at TEDx and published in the Harvard Business Review on the topics. He also frequently appears on TV (Bloomberg Television, BBC) and in print (The New Yorker and Bloomberg Business).

Sessions in which Rishon Blumberg participates