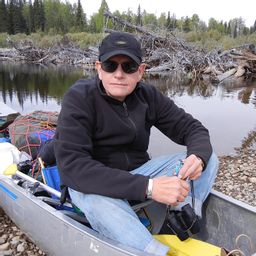 New York Times bestselling author William C. Dietz has sold over two-million books, some of which have been translated into German, French, Russian, Korean and Japanese.

Dietz grew up in Seattle, served as a medic with the Navy and Marine Corps, graduated from the University of Washington, and travels widely.

Dietz has been employed as a surgical technician, college instructor, news writer, and television director.

Here’s what reviewers have to say about Dietz’s fiction:

Publisher’s Weekly: Legion of the Damned. “The humanity of the characters mixes well with the action to give this space drama real punch.”

RT Book Review: Andromeda’s Choice. “Andromeda McKee is one hell of a heroine. Dietz is a rarity among male science fiction authors: He can write a steely, badass female protagonist without making her seem unreasonably stoic. He allows McKee a bit (but just a bit) of softness and vulnerability, making this debutante-turned-army sergeant into a completely engaging three-dimensional character. Fans of military sci-fi will especially appreciate McKee’s head for strategy and the cleverness she shows in dealing with nemeses…and allies alike. If you don’t root for ‘the Steel Bitch,’ I just don’t know what to do with you.”

Pulp Fiction Reviews: “Into the Guns doesn’t waste a second getting going right out of the gate...By the time you get to the last page, you’re out of breath. But things are only getting started.”

Dietz is a member of the Writer’s Guild and the International Association of Media Tie-In writers.