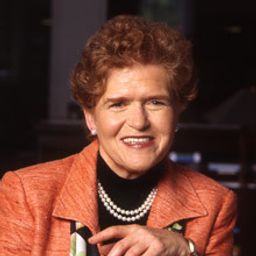 Deborah E. Lipstadt, Dorot Professor of Modern Jewish History and Holocaust Studies, Tam Institute for Jewish Studies and the Department of Religion. Lipstadt's book, The Eichmann Trial, published by Schocken/Nextbook Series in commemoration of the 50th anniversary of the Eichmann trial, was called by Publisher’s Weekly, “a penetrating and authoritative dissection of a landmark case and its after effects.” The Kennedy School’s David Gergen described it as “a powerfully written testimony to our ongoing fascination with the proceedings, the resonance of survivor tales, and how both changed our understanding of justice after atrocity.”

The New York Times Book Review described Lipstadt as having "done a great service by . . . recovering the event as a gripping legal drama, as well as a hinge moment in Israel’s history and in the world’s delayed awakening to the magnitude of the Holocaust." Her conclusions, The Times notes “are rendered with devastating fairness." The Washington Post observed that “The Eichmann Trial makes an excellent primer on a landmark event. With impressive authority and commendable concision, Lipstadt frames and explores . . . the vast universe of moral quandaries thrown open by the Eichmann trial. [And] makes a welcome contribution to our record of the 20th century’s most horrifying and depressing episode.” The Wall Street Journal described the book as “a thoughtfully researched and clearly written account of the courtroom proceedings and of the debates spurred by the trial.”

Her book History on Trial: My Day in Court with a Holocaust Denier (Ecco/HarperCollins, 2006) is the story of her libel trial in London against David Irving who sued her for calling him a Holocaust denier and right wing extremist. The book won the 2006 National Jewish Book Award and was first runner up for the Koret Award. It received starred reviews from both Publishers Weekly and Kirkus Reviews. The latter called it a “fascinating and meritorious work of legal-and moral-history.” The editors at Amazon.com listed it as the fourth best non-fiction history book of 2005. The book has been optioned for a movie by Participant Pictures and BBC Films and is currently in active development.

David Irving v. Penguin/Deborah Lipstadt was described by the Daily Telegraph (London) as having "done for the new century what the Nuremberg tribunals or the Eichmann trial did for earlier generations." The Times (London) described it as "history has had its day in court and scored a crushing victory." The judge found David Irving to be a Holocaust denier, a falsifier of history, a racist, and anti-Semite. According to The New York Times, the trial "put an end to the pretense that Mr. Irving is anything but a self-promoting apologist for Hitler." In July 2001 the Court of Appeal resoundingly rejected Irving’s appeal of the judgement against him.

Her book Denying the Holocaust: The Growing Assault on Truth and Memory (Free Press/Macmillan, 1993) is the first full length study of those who attempt to deny the Holocaust. It was the subject of simultaneous front page reviews in The New York Times and The Washington Post.

At Emory she created the Institute for Jewish Studies and was its first director from 1998-2008. She directs the website known as HDOT [Holocaust Denial on Trial/ www.hdot.org ] which, in addition to cataloging legal and evidentiary materials from David Irving v. Penguin Books and Deborah Lipstadt, contains answers to frequent claims made by deniers. This section, Myths and Facts, received a grant from the Conference for Material Claims against Germany for the translation of the site into Arabic, Farsi, Russian, and Turkish. The site is frequently accessed in cities throughout Iran. Its seventh most visited country is Saudi Arabia.

Lipstadt was an historical consultant to the United States Holocaust Memorial Museum, and helped design the section of the Museum dedicated to the American Response to the Holocaust. She was appointed by President Clinton to the United States Holocaust Memorial Council on which she served two terms. She was a member of its Executive Committee of the Council and chaired the Educational Committee and Academic Committee of the Holocaust Museum. Dr. Lipstadt has been called upon by members of the United States Congress to consult on political responses to Holocaust denial. From 1996 through 1999 she served as a member of the United States State Department Advisory Committee on Religious Freedom Abroad. In this capacity she, together with a small group of leaders and scholars, advised Secretary of State Madeline Albright on matters of religious persecution abroad. In 2005 she was asked by President George W. Bush to be part of a small delegation which represented the White House at the 60th anniversary commemoration of the liberation of Auschwitz.

On April 11, 2011, the 50th anniversary of the start of the Eichmann Trial Dr. Lipstadt gave a public address at the State Department on the impact of the trial.

Dr. Lipstadt has also written Beyond Belief: The American Press and the Coming of the Holocaust (Free Press/MacMillan, 1986, 1993). The book, an examination of how the American press covered the news of the persecution of European Jewry between the years 1933 and 1945, addresses the question "what did the American public know and when did they know it?"

In 2009 she was in residence at the Center for Advanced Holocaust Studies at the United States Holocaust Memorial Museum as the Burton Resnick Invitational Scholar in Antisemitism.

She received her B.A. from City College of New York (1969) and her M.A. (1972) and Ph.D. (1976) from Brandeis University. Professor Lipstadt is frequently called upon by the media to comment on a variety of matters. She has appeared Good Morning America, NPR’s Fresh Air, the BBC, Charlie Rose Show, and is a frequent contributor to and is widely quoted in a variety of newspapers and journals including the Chronicle of Higher Education, The Washington Post, and The New York Times.

The Jewish Council for Public Affairs awarded her its highest honor, the Albert D. Chernin Award given to “an American Jew whose work best exemplifies the social justice imperatives of Judaism, Jewish history and the protection of the Bill of Rights, particularly the First Amendment.” Previous winners included Justice Ruth Bader Ginsburg and Professor Alan Dershowitz.

In 2006 she was elected to the American Academy of Jewish Research, the oldest organization of Judaic scholars in North America. Fellows are nominated and elected by their peers and thus constitute the most distinguished and most senior scholars teaching Judaic studies at American universities.

She serves as a non-fiction judge for the Sami Rohr Book Prize. This 100,000 dollar award is given to the best new author of non-fiction books on Jewish topics.

She has received numerous teaching awards including Emory's student government association's award for being the teacher most likely to motivate students to learn about new and unfamiliar topics and the Emory Williams award, for her courses on modern Jewish and Holocaust studies. Given to Emory's outstanding teachers, the award is based on nominations by alumni of the professor who has had the greatest impact on them.

Sessions in which Deborah Lipstadt participates