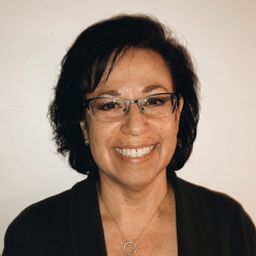 Marla Eglash Abraham is currently Regional Director of Development for AJC Los Angeles. Previously, she served as Senior Vice President for Endowment Planning & Premier Philanthropy at the Jewish Federation of Los Angeles. She is past Interim Director and Associate Director of the School of Jewish Communal Service (Now the ZSJNM) at Hebrew Union College-Jewish Institute of Religion. Ms. Abraham taught and consults extensively in the areas of financial resource development, strategic planning, mentoring, board development and governance, training, program evaluation and general nonprofit management. She holds a Master of Social Work degree from the University of Southern California, and a Master of Arts in Jewish Communal Service degree from Hebrew Union College. Immediately prior to the fifteen years she was a member of the faculty and administration at HUC-JIR, she was Director of Business Professions of the United Jewish Fund of the Jewish Federation of Greater Los Angeles. Marla has consulted with and presented to many national organizations such as the Union for Reform Judaism (URJ), the Coalition for the Advancement of Jewish Education (CAJE), United Jewish Communities (UJC), ARZA, Partnership for Excellence in Jewish Education (PEJE), Women of Reform Judaism (WRJ), the Pacific Association of Reform Rabbis (PARR), Kalsman Institute on Judaism and Health, HUC-JIR, Zimmer Children’s Museum, Our House, Jewish Free Loan and Jewish Learning Works. As well, she has worked with numerous Federations, Jewish Community Centers, Synagogues and Education boards, Day School Boards, and Organizational Leaders. Ms. Abraham in a past president of the Jewish Communal Professionals of Southern California (JCPSC). She is the recipient of the Bobbi Asimow Award for Professional Mentoring in 2008, the Distinguished Service Award from JCPSC in 1995, and the 1995 Alumna-of-the-Year of the School of Jewish Communal Service, HUC-JIR. She co-authored, “Principles of Jewish Communal Life for the New Millennium,” and was a partner and national steering committee member of the Kalsman Institute on Judaism and Health, HUC-JIR, the CCAR National task force on Governance and the Strategic Planning committee of the IJSO.