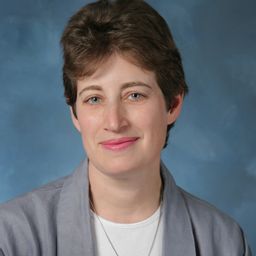 Director of Rabbinic Program
Hebrew Union College-Jewish Institute of Religion (Los Angeles Campus)
Participates in 3 items
Rabbi Dvora Weisberg is Professor of Rabbinics and Director of School of Rabbinic Studies at the Hebrew Union College-Jewish Institute of Religion in Los Angeles. She received her B.A. from Brandeis University and her M.A. and her Ph.D. in Talmud and Rabbinic Literature from the Jewish Theological Seminary. She was ordained in 2011 at HUC-JIR, Los Angeles. Before coming to HUC-JIR, Dr. Weisberg taught at the Jewish Theological Seminary of America, the College of William and Mary and the University of Pittsburgh.Dr. Weisberg’s book Levirate Marriage and the Family in Ancient Judaism explores the ancient rabbis’ understanding of family and familial relationships. She has written extensively on levirate marriage and gender issues in rabbinic literature. She is currently writing a feminist commentary on Bavli Menahot.

Dr. Weisberg has taught extensively in informal settings, including adult education programs in congregations, several summers at the URJ Kallah, and sessions for the CCAR and its regional conventions.

Sessions in which Dvora Weisberg participates