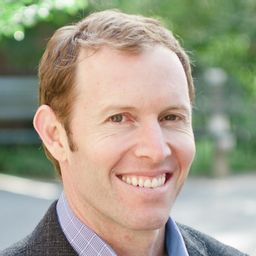 Founding Rabbi
Tamid: The Downtown Synagogue in New York City and Positive-Judaism.org
Participates in 2 items
Darren is the founding rabbi of Tamid. He cares deeply about building community, moral education, and creative Jewish expression. He holds Rabbinic ordination from Hebrew Union College-Jewish Institute of Religion and has a Doctorate in Pastoral Psychology from the Post Graduate Center for Mental Health.

Darren has served the Jewish Community Project in Lower Manhattan and Temple Shaaray Tefila in New York City. He's done international relief work in Israel and Africa, served a High Holy Day pulpit in South Africa, worked for over ten years as Jewish Camps for the Reform Movement and served as a Chaplain in the US Army. He is a blogger on Beliefnet.com and hosts a podcast on iTunes, both called, Positive Judaism: A Rabbi's Guide to Happiness and Wellbeing.

His academic and pastoral interests rest at the intersection of psychology and religion and moral education. With pastoral and academic expertise in childhood grief, he regularly counsels children who have experienced the recent loss of a parent or close loved one. Darren is the Team Rabbi for Maccabi USA — Jewish pride through sports — and is the coach of his son's sports teams. A native of California, Darren is a graduate of University of California, Santa Cruz.

Sessions in which Darren Levine participates