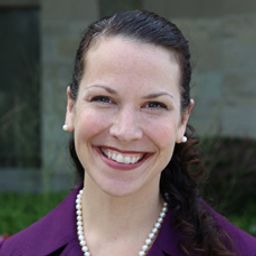 Rabbi Shoshanah Conover is an associate rabbi at Temple Sholom of Chicago.  She is a Senior Rabbinic Fellow of the Shalom Hartman Institute and serves on the Executive Committee of the Chicago Board of Rabbis as well as the Rabbinic, Educator, Cantorial Advisory Committee (RECC) of Olin Sang Ruby Union Institute (OSRUI). Rabbi Conover was honored with AVODAH’s Partner in Tzedek Award and the Chicago Board of Rabbis’ Rabbi Mordecai Simon Memorial Award as well as being a featured speaker at the Women’s March on Chicago.  Her poems and essays have been published in numerous collections.  She enjoys co-hosting a podcast called The Chosen Films.

Rabbi Conover is grateful to work in and for a community in which she is proud to raise her two sons Eli and Ben with her husband Damien.

Sessions in which Shoshana Conover participates

Hotel Irvine - Trabuco A & B