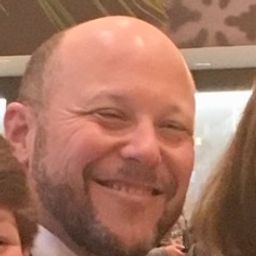 Rabbi Scott Hausman-Weiss received his Smicha, Masters in Jewish Education and Masters in Hebrew Letters from the Hebrew Union College- Jewish Institute of Religion in 1998 and 1999.  He was ordained at the Cincinnati Campus, after having studied at HUC in Jerusalem and Los Angeles as well as the University of Judaism Rabbinic program.  In his first pulpit at Temple Emanuel as the Rabbinic Director of Education and Outreach, he served the Jewish community of Birmingham, AL for 12 years.  In this capacity, Rabbi Scott worked with the URJ in the renewal towards outreach to young adults and he is the creator of numerous programs that seek to bring people closer to Jews and Judaism.  In 2011, Rabbi Scott assumed the position of Senior Rabbi at Congregation Emanu El in Houston, TX where he served the community with distinction and in 2013, became the founding Rabbi of Congregation Shma Koleinu in Houston, TX.  CSK is a synagogue without walls, membership or dues.  CSK serves all Jews, Jewish families and those who love them, without requiring a financial or membership commitment.  Founded in December of 2013, CSK is a thriving synagogue community providing Jewish life, learning and experiences to hundreds of individuals and families and operates on 100% voluntary contributions.  Rabbi Scott is married to Natalie, who is the Executive Director of The Woods Project, a non-profit organization that provides wilderness experiences for over 700 low income Houston high school students each year.  Their son, Abraham is a sophomore at the University of Alabama majoring in Physics and Math and plays for the University of Alabama Men’s Wheelchair Basketball Team.  Their son, Samuel, is a Sophomore at the Emery Weiner High School.  The Hausman-Weisses endured the Hurricane Harvey floods, following two floods earlier in their Houston residency. They are settled now in midtown-Houston, but are most definitely not moving back into the flood zones! The H-W’s are so tremendously grateful for the support and encouragement they received from the CCAR family throughout the conference.Rab

Sessions in which Scott Hausman-Weiss participates