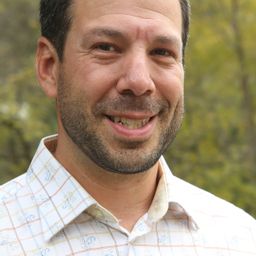 He brings nearly 20 years of experience developing and leading educational programs for Jewish children and teens. Avram aspires to create high-impact immersive programs that engage young adults in Jewish learning in a fun and relevant way and inspire them to incorporate Jewish values in their everyday lives.

Avram also brings youth group and camp experience, and once served as Assistant Director of the Union of Reform Judaism Camp Harlam and the regional advisor to the Pennsylvania High School Youth Group, NFTY-PAR.

Avram holds a Master of Arts degree in Jewish Education (MAJE) from Hebrew Union College – Jewish Institute of Religion (HUC-JIR) in Los Angeles, CA and a Bachelor of Science in Marketing from Miami University.

Avram served as co-chair of the Los Angeles Bureau of Jewish Education (BJE) and was elected to the board of the National Association of Temple Educators (NATE) from 2007-2009. He was a 2010 Pellie Technology Fellow and a 2013 PresenTenseLA Fellow. Avram is a frequent speaker on experiential education, Hebrew language acquisition, teen engagement, and technology in the classroom. He is the creator of two popular Hebrew learning apps and an award-winning Jewish radio station.

Avram authored “Carry Over the Feelings and Practices of Passover” (Reform Voices of Torah, April, 2011); “Derech HaLimud – The Way to Study” (The Hebrew Project, July, 2010); and “Funny Man, Still Small Voice: Reflections on Being A Jewish Man" (URJ Press, 2007).

Avram was named the 2016 RHSOE ALUMNI-IN-RESIDENCE Educator for the Hebrew Union College in Los Angeles.

Sessions in which Avram Mandell participates