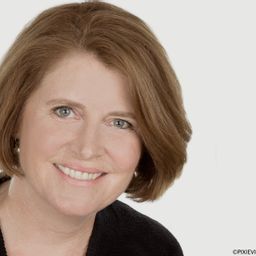 Filmmaker
Katahdin Productions
Participates in 1 Session
Sophie Sartain is the director and producer of the Netflix Original Documentary, Seeing Allred, which premiered in competition at the 2018 Sundance Film Festival. Sartain was the writer, director, producer and cinematographer of Mimi and Dona, which aired nationally on PBS/Independent Lens and was named one of the best TV shows of 2015 by The New York Times. Sartain's other credits include the 2014 documentary Above and Beyond (writer), produced by Nancy Spielberg and winner of the audience award at more than 20 film festivals; the 2012 documentary Hava Nagila (The Movie) (writer/producer), the opening or closing night film at more than 40 film festivals; and the Emmy-nominated 2008 film, Blessed Is the Match: The Life and Death of Hannah Senesh (writer/co-producer).

Sartain has been a film envoy with the American Film Showcase, a diplomacy program run by State Department in partnership with the USC School of Cinematic Arts. She has served as a panelist for the National Endowment for the Humanities' America's Media Maker grants, and is the recipient of grants from ITVS Open Call and the Fledgling Fund.

Sartain's past positions include Executive Director of Editorial Services for MGM Home Entertainment and Managing Editor of Sony Online Entertainment. She has contributed as a writer and consultant on several film projects, including Ishi's Return (PBS, 2016), Rock in the Red Zone (2015), Hotel Everest (2017), Feminists: What Were They Thinking (2018), and In the Matter of Cha Jung Hee (PBS, 2010). As a grant writer, she has raised more than $1 million for documentary projects. As a freelance writer, her clients have included Los Angeles Magazine, 20th Century Fox Home Entertainment, Sony Pictures Home Entertainment, Universal Studios, New Line Home Entertainment, CBS Sports Radio, and ABC Radio Networks.

A Morehead-Cain Scholar and graduate of UNC-Chapel Hill with a masters in film from UT-Austin, Sartain began her career as a reporter for The Houston Post.

Sessions in which Sophie Sartain participates