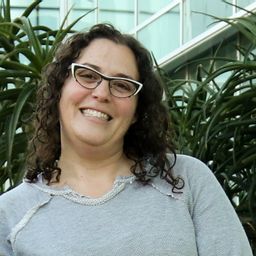 Director and Lecturer
California State University, Northridge
Participates in 1 Session
Shira Brown has engaged in feminist discourse and activism for over 15 years both in the University classroom, as well as the community at large. Shira has served as the staff Director for California State University, Northridge’s (CSUN) Women's Research and Resource Center (WRRC) since August 2011.  She has been lecturing in the CSUN Gender and Women’s Studies department since Spring 2006.

Shira participates in the National Women’s Studies Association, as well as the American Association of University Women. She sits on several University appointed committees including the President’s Sexual Violence Prevention Committee, helping to ensure Title IX compliance for the University.

Immediately after earning her MA, Shira began working at the Institute for Multicultural Counseling & Education Services, Inc. (IMCES), where she was a certified domestic violence advocate and program coordinator for a CalWorks Domestic Violence program. In addition to working as Program Coordinator and Case Manager at IMCES, Shira was successful in writing and was awarded two Requests for Proposals from the Los Angeles County Department of Children and Family Services, including a contract for the Family Preservation Program and the Wraparound Approach Services program—providing more than $4 million of funding for the organization. In Fall 2012, Shira was awarded a Campus Action Project grant from American Association of University Women, where she was able to explore the gender wage gap with CSUN students. In Spring 2017, Shira received a small grant from the The Jewish Federation’s Campus Impact Network to support the WRRC Food and Toiletry Pantry, which she oversees. Most recently, Shira was a co-consultant for both Cal Poly Pomona's and Cal State Fullerton's Women's Resource Centers' external reviews.

Sessions in which Shira Brown participates