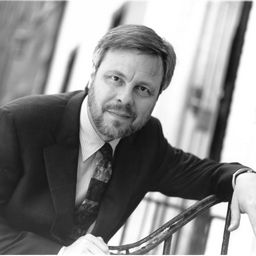 President
David Altshuler Company Inc.
Participates in 1 Session
Dr. David Altshuler consults to nonprofit institutions on organizational planning, leadership training, and financial resource development. He also advises foundations and individuals on strategic philanthropic investment. He brings to his work the creativity of a teaching scholar and the business acumen and leadership qualities of a seasoned nonprofit CEO. He helps clients advocate for worthy causes, build vigorous professional teams, engage and mobilize donors and volunteer activists, and overcome the obstacles that often confront major projects.Dr. Altshuler began his career as a university professor, holding teaching posts at the University of Cincinnati, Hebrew Union College – Jewish Institute of Religion, Dartmouth College, the University of Maryland, and The George Washington University [GWU]. He joined the faculty of GWU in 1975 as a member of the Religion Department and Chairman of the Committee on Judaic Studies, and in 1982, he became Associate Professor of Religion and the first holder of the Charles E. Smith Chair in Judaic Studies.

During this period, Dr. Altshuler was an academic adviser to several museums, including the National Geographic Society, the Smithsonian Institution, and the United States Holocaust Memorial Museum. In 1979, he also began teaching at the Foreign Service Institute of the United States Department of State, where from 1993 until 2006 he held the rank of Distinguished Visiting Lecturer.

Dr. Altshuler became Founding Director of the Museum of Jewish Heritage – A Living Memorial to the Holocaust in New York City in 1986. He guided the establishment of that institution until its public opening in 1997 and continued as its CEO until the end of 1999.

From 2000 until 2003, Dr. Altshuler was President of The Trust for Jewish Philanthropy. The Trust was established in January 2000 as the venture philanthropy partner of the United Jewish Communities [now called Jewish Federations of North America], which represents and serves 156 Jewish federations and 400 independent Jewish communities across North America. At The Trust, Dr. Altshuler promulgated a new vision for the global Jewish community that focused on creative, collaborative philanthropic partnerships.

An Emmy Award winner, in 1986 Dr. Altshuler received the National Academy of Television Arts and Sciences award for Outstanding Individual Achievement as a Writer in the News and Documentary competition for his work on the script for a PBS special, “The Precious Legacy.” The script was based on Dr. Altshuler’s publication, The Precious Legacy: Judaic Treasures from the Czechoslovak State Collections. Among Dr. Altshuler’s other publications are The Jews of Washington DC: A Communal History Anthology and a high school textbook entitled Hitler’s War against the Jews. He also was Chairman of the Board of Consulting Editors for The Encyclopedia of Judaism.

Born in Connecticut, Dr. Altshuler earned BA and MA degrees in religious studies at Brown University and a PhD in the history of Judaism at the Hebrew Union College - Jewish Institute of Religion.

Since 1973, Dr. Altshuler has been married to Linda Altshuler, who serves as Director of Development in NY for the American Technion Society. She previously was Founding Director of The Hadassah Foundation and Executive Director of The Barnum Museum in Bridgeport, CT and the B’nai B’rith Klutznick Museum in Washington, DC. They have two adult children.

Sessions in which David Altshuler participates