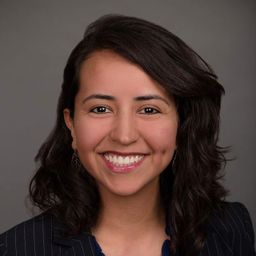 Volunteer Organizer and Leader
LA Voice PICO
Participates in 1 Session
Yunuen Trujillo is a third-year law student at the University of La Verne College of Law. She immigrated to the U.S. at a young age and is an advocate for multiple issues. In 2010, she independently organized the community in the City of Baldwin Park to fight against illegal checkpoints that targeted undocumented immigrants for profit. As a result, checkpoints were suspended, the city’s impound policy was revised, and eventually a full impound moratorium was negotiated. Yunuen is now part of LA Voice PICO, a faith-based, multi-faith, multi-racial organization, where she has worked to pass statewide propositions addressing mass incarceration and funds for education. She has lobbied in Sacramento for multiple State bills and is a regular advocate for immigration reform and higher police accountability. Yunuen is also a regular speaker at the L.A. Religious Education Congress organized by the L.A. Archdiocese and attended by 40,000 Catholics from all over the world. There, she teaches about topics of Social Justice, Social Doctrine of the Church, and LGBT Ministry.

Sessions in which Yunuen Trujillo participates