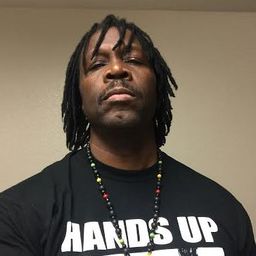 Cue is the Pastor of The Row La--“The Church Without Walls” in Downtown Los Angeles’ Skid Row community. Pastor Cue is also a faith rooted organizer with Clergy and Laity United for Economic Justice (CLUE) is co-lead organizer of the Black Jewish Justice Alliance. (BJJA). As well as the “We Will Live” coalition--A Black n Brown Clergy and Community Coalition. Cue’s work includes helping to address unjust public policy issues in Los Angeles. For the past eleven years Cue has advocated for the rights of homeless people. Cue has also advocated for the rights of immigrants, Muslims; as well as countless other people groups. Cue is a strong advocate for police accountability and advocates for the dismantling of mass incarceration.

Cue the Visionary and Co-Church planter and former Executive Pastor of NewSong La Covenant Church, A Graduate of the passing the Mantle program at the University of Southern California, Cue has also completed a two-year program, at USC’S Institute for Violence prevention. As a result he was formerly on the planning committee organizing prisoner re-entry hearings for AB-109 in the City of Los Angeles with (RCNO) in 1999.

Sessions in which Cue Jn-Marie participates