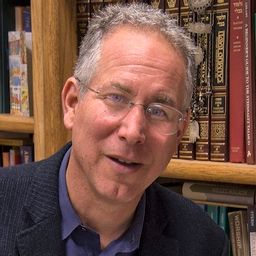 Rabbi George Gittleman has been the spiritual leader of Congregation Shomrei

George and his wife Laura, a hospital administrator and artist, have college age

A native of Kentucky, Rabbi George earned a Bachelor of Arts degree in

American History from the University of Vermont in 1984.

He embarked on his rabbinical journey after 8 years in computer sales, obtaining

a Masters in Hebrew Letters and Ordination from the Reform Seminary, Hebrew

Rabbi George is also a Senior Rabbinic Fellow at the Shalom Hartman Institute in Jerusalem and a graduate of the Institute for Jewish Spirituality Rabbinic Leadership Program.

Sessions in which George Gittleman participates