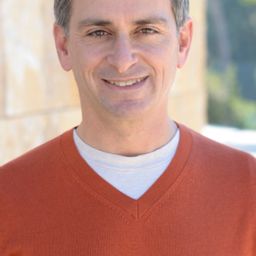 Senior Rabbi
Leo Baeck Temple
Participates in 1 Session
Ken Chasen is senior rabbi of Leo Baeck Temple in Los Angeles.  He is an outspoken commentator, author, and advocate on a wide variety of subjects pertaining to Jewish life, with a special emphasis on social justice in the United States and in Israel.  In addition to his activism in support of immigrant rights, affordable housing, fair policing and sentencing, and environmental sustainability, he has assumed a prominent role in promoting Israeli-Palestinian coexistence.  He created and led a groundbreaking rabbinic mission to Jerusalem and Ramallah in 2011, meeting with key ministers in the Netanyahu administration and the Palestinian National Authority, as well as influential business leaders on both sides of the Green Line.

Rabbi Chasen’s writings have appeared in a wide variety of national and international publications, including the Los Angeles Times, The New York Times, the Chicago Tribune, Variety, Thrive Global, Reform Judaism and The Jewish Journal, among many others.  Rabbi Chasen is also the co-author of two books which guide Jewish families in the creation of meaningful Jewish rituals in the home.  In addition, he serves on the adjunct faculty of the Hebrew Union College – Jewish Institute of Religion, he is an appointee to the Interfaith Leadership Team of Los Angeles Mayor Eric Garcetti, and he is a nationally recognized composer whose original liturgical and educational works are regularly heard in synagogues, religious schools, Jewish camps, and sanctuaries across North America and in Israel.

Sessions in which Kenneth Chasen participates