This paper takes as a point of departure the ongoing debate surrounding the reconceptualization of heritage as a process, a shift that implies a multiplicity of narratives as well as pointing toward their possible concealment. Inevitably, heritage constructed as a process of cultural engagement or as action around communication and meaning-making, becomes a site of struggle and a potential medium of transformation.

This paper addresses women’s visibility in constructed histories and their participation in political protests in the context of waterfront heritage zones associated with the shipbuilding industry, based on the examples of two public art-centred projects: “Strong Women of the Clydeside: Protests & Suffragettes” from Govan’s Hidden Histories led by t s Beall in Glasgow (Scotland), and “Woman is a Shipyard” by Arteria Association and Metropolitanka in Gdansk (Poland). The paper examines how these “performative” projects engage with primary cultural heritage institutions in their prospective localities, with local publics, and with the sites themselves. Both projects seek openings in the authorized heritage discourse that “takes its clue from the grand narratives of Western national and elite class experiences, and reinforces ideas of innate cultural value tied to time depth, monumentality, expert knowledge and aesthetics.” They question the usefulness of existing, authorized historical narratives, specifically in relation to the development of methods for increasing engagement with the past, and point instead to emerging, blurred understandings of multiple and even conflicting narratives within the construction of historical accounts.

The importance of intangible cultural heritage pivots not only on its cultural manifestation but on the wealth of knowledge and skills transmitted through it from generation to generation. Acknowledging the increasing permeability of cultural institutions—as the producers of heritage discourse—and through the lens of the adopted feminist-centred methodologies as means of co-curating contents, a consensus version of history concerning the importance of women’s roles in socio-economic struggles in the context of shipbuilding has been challenged by co-producing “alternative” heritage trails with local publics. The feminist-inspired methodologies inherent to both projects, unsettling the status quo in an historical lineage of political protests by recovering, recording, and mapping the omitted gendered accounts, appear “under-voiced” themselves, and serve to reconceptualize engagement with the subaltern. In this context, we draw on UNESCO’s initiative to safeguard intangible heritage and appropriateness of its articulation (the 2003 UNESCO Convention for the Safeguarding of the Intangible Cultural Heritage). In particular we seek ways in which the UNESCO initiative can facilitate the process of uncovering or recovering lost voices in gendered historical accounts, given that intangible heritage remains largely unrecognized at national-policy levels both in the UK and Poland, and that neither country has ratified the UNESCO Convention.

We argue that these projects occupy spaces of in-between, conceptualized here as spaces of resistance, challenging the boundaries of the cultural institutions responsible for “safeguarding” heritage narratives in their localities. By enacting and tracing connections between existing museum displays and external sites and spaces, these projects extend the territories of these institutions into local publics and their surroundings. A process of working with sublimated narratives and recovering forgotten voices has successfully acknowledged silences within the construction of heritage discourses, and unsettled interactions within existing histories. The paper concludes that narratives of protests and their gendered articulations on the Clydeside and in the Gdansk shipyard become simultaneous spaces of resistance, suggesting richer and more hybrid articulations of heritage narratives and historical records. 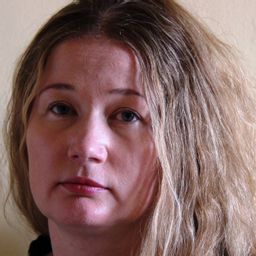