What:
Paper
Part of:
Connecting to the Critical Heritage Studies Movement in the Americas: Theoretical and Practical Considerations, Case Studies, and Dialogue
When:
9:00, Tuesday 7 Jun 2016 (30 minutes)
Where:
Concordia, John Molson School of Business Building (MB) - MB 3.285
How:

The situation of Puerto Rico, a dependent Antillean territory for five centuries under two sovereignties, shows the political and ideological uses of history to define heritage sites as places of hegemony or resistance. As in many other places, for a long time historical monuments were mostly mnemonic objects, or structures sanctified by their association with the “greats” (men or events). Pell-mell economic transformation after 1945 transformed radically much of the pre-existent urbanity and landscape. The Spanish-colonial referent embodied in San Juan’s walled city, other scattered landmarks of that era, and rediscovered Amerindian fragments—valued for their otherness and exoticism—became the concrete expressions of a discourse of linear progress toward a tropical utopia.

The long postwar capitalist expansion—fueled by industrial tax holidays and explained by a positivist history of provable “facts”—was perceived as redemption from centuries of misery; heritage places would be oases of “serenity” and referents of the best the past had to offer. When crisis arrived in the 1970s, radical academic and popular historians redefined historiography as the life of common people, social and economic processes, and the struggle of the disenfranchised. Together with Venice Charter-inspired regulations imported by US authorities, this newer view redefined heritage as the places of the everyday, as long as its historicity was evident and with “integrity.”

In the following years, studies would be made of other regional cities shedding much information on the tectonics of their glorious multiculturalism, mirroring the island’s checkered history. Some of these investigations would be drawn to nostalgia of a lost, ideal past; a romanticized quality “stolen” by the demons of industrialization and commerce, ignoring politics and ideology, taboo subjects in a colonial worldview. Other researchers, weaned on traditional architectural history, would focus on the creators as quasi-Nietzschean heroes giving form to a mushy, jerry-built environment.

Yet, visuality would be the main qualifier for heritage-ness: the betrayed beauty of the past without dealing in its messy contradictions. The role of work and the transformation of materials, the angst of construction, would take a backseat to the glorious, finished product. Heritage recovery would be a return to the appearance, to what could be admired, the product of craft as moral practice.

Archaeology, established as a state policy since 1988, has helped more than any other discipline to further new definitions for Puerto Rican heritage, both Amerindian and Spanish-colonial. Transformation and the palimpsest, where the original is reflected not in evidence but in near-imperceptible remnants; the persistence of patterns of spatiality in modern (particularly vernacular) constructive practice; and a return to traditional materials and assemblies, seen with modern technical analyses, are acquiring legitimacy, not without controversy from “visualists,” like many architects still are. There is less success in integrating heritage with trending historiographical views—mentalities, gender, “post-anything,” etc., and scepticism prevails on any material remnants that draw support on those schools of thought.

At this conjuncture of uncertainty, with underfunded state heritage protection, the obsession with real estate as a major mechanism of accumulation, and a reduction in living standards, the Puerto Rican built environment—in a literal sense all “colonial” in a country that has not ruled itself in five centuries—reflects crisis and seems headed for amnesia. Popular resistance has helped stall some destruction, but the traditional powers present impotence against an erratic management of habitat.

A society that is now fighting for survival in a globalized chaos can hardly sustain its memory when, paradoxically, that memory may be one of the keys to an exit from a maligned identity that still struggles to break free. 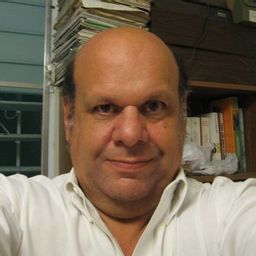