11.00  What Does it Take to Enable a 50/50 Collaboration between Staff and Young People?

The focus of this paper is an evaluation of the project called "We Have Your Art Gallery," a co-production between Tate Liverpool and Tate Collective Liverpool, Tate Liverpool’s young people’s group. The paper will aim to answer the question, what does it take to enable a 50/50 collaboration between museum staff and young people? The premise of "We Have Your Art Gallery" was to enable an equal collaboration between staff and the young people’s group to create a framework for co-production and an exhibition in a space typically reserved for paid exhibitions. The collaborative project, mediated by the art/architecture collective Assemble, culminated with an exhibition in spring 2016 entitled Art Gym. Staff members included the artistic director, curators, and the learning department. Tate Collective Liverpool involves youth aged 15-25 and strives to represent the broad youth demographic of Liverpool. The intention of the project's resulting framework for co-production is to create a model that can be used in the future, both for Tate Liverpool and other institutions.

Previous Tate Collective Liverpool’s projects have been done almost exclusively in isolation with the learning department, but this project was devised with the intention of integrating the young people’s group more deeply within the organization in a way that would challenge the institution and benefit both young people and staff. The principle role of the third party, Assemble, was to help question and alter many of the original systems for working collaboratively. It is interesting to note that the structure of the project shifted significantly after Assemble’s involvement, and the paper will analyze the extent to which their practice altered the original aims of the project. As the project was developing and being adapted, the areas of co-production and two-directional learning became harder to pinpoint.

This research will investigate where the decision-making lies and how the workload is shared during the co-production process, the different perspectives of the involved professionals, young people, and artists, and how the different departments of the art gallery viewed and partook in this co-production. Was the collaboration equally distributed, and has a framework been created that can be used to enable co-production without the involvement of socially-minded artists to facilitate?

This research tracked the project's progress and observed developments and shifts to evaluate if aims were being met and the overall success of the collaboration. In order to evaluate the effectiveness and authenticity of this collaborative process, the methodology applied was that of gathering and analyzing qualitative evidence. More specifically, the research process included semi-structured interviews with individuals of each party, observations, reflections, and in-depth analyses of meeting minutes. There are many wider implications of this research, including; “public” engagement, heritage and cultural production. Both the resulting framework and the evaluation of the collaboration between youth groups and institutions will prove influential for heritage and cultural institutions as they seek ways to improve levels of engagement and remain relevant in today's society. 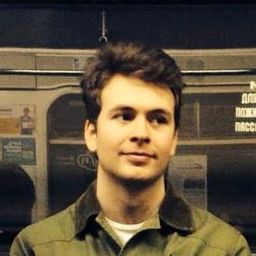