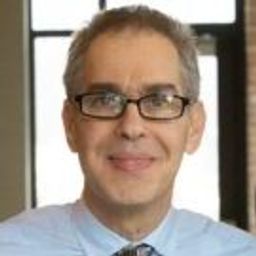 Rabbi Jonathan Cohen began serving as The Temple’s new Senior Rabbi on July 1, 2018! Rabbi Cohen had served as Dean of HUC-JIR since September 2011. Previously he had been director of HUC’s University of Cincinnati Ethics Center. Rabbi Cohen was born in Israel and served in an armored corps unit of the Israeli Defense Forces from 1987-90. He has a law degree from the University of Liverpool and was ordained as a rabbi in June 2012 from HUC-JIR. Rabbi Cohen was chair of the Central Conference of American Rabbis Responsa Committee in 2017.

His grandfather, Chaim Cohn, was an Israeli Supreme Court Justice and his father was a prominent diplomat who served the state of Israel at critical junctures for a period spanning approximately four decades. Rabbi Cohen is married and has three young children. His wife, Yael Senamaud, is a concert violist. She was a tenured member of the Chamber Orchestra of Paris as well as the Palau De Les Artes Reina Sofia Opera in Valencia, Spain. She also has played in orchestras in the United States.

Sessions in which Jonathan Cohen participates