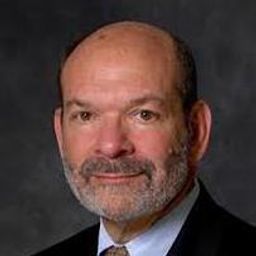 Rabbi Knobel is rabbi emeritus at Beth Emet The Free Synagogue in Evanston, Illinois where he has served since 1980, following 11 years at Temple Emanu-El in Groton, Connecticut. He served as the Interim Senior Rabbi of Temple Sholom of Chicago and Temple Judea in Coral Gables. He also served as Interim Rabbi at North West Surrey Synagogue in Weybridge, England and Beth Shalom in Auckland, New Zealand. He received a BHL, MAHL and rabbinic ordination from the Hebrew Union College and his Ph.D. from Yale University. He has served on the board of many local and national institutions including Association of Reform Zionists of America, Union for Reform Judaism, American Jewish Committee, Jewish United Fund of Metropolitan Chicago, and the Council for the Parliament of the World’s Religions. He is a Past President of the Chicago Board of Rabbis and the Chicago Association of Reform Rabbis and the Central Conference of American Rabbis. He co-chaired the CCAR Project, Lay Involvement in the Development of Liturgy, sponsored by the Lilly Endowment and the Nathan Cummings Foundation and he chaired the Central Conference of American Rabbis’ Ad Hoc Siddur Editorial Committee which produced Mishkan T’filah, the Reform Movement’s new prayer book. He was Director of the Resource Center for Jewish Health Care Ethics and has participated as a member of the Illinois State Attorney’s Task Force “Foregoing of Life-Sustaining Treatment” while putting special emphasis on health, healing, death, and dying. He currently chairs the Central Conference of American Rabbi’s Taskforce on the Relationship between Predecessors and Successors,

Rabbi Knobel is a member of the Spertus Institute of Jewish Studies faculty and has taught courses at HUC-JIR, Yale University, University of New Haven and the University of Connecticut. He has published papers and articles on such subjects as Assisted Suicide, Cloning, Reform Zionism, Reform Judaism, Dietary Laws, Spirituality, Rites of Passages, Judaism, and Homosexuality and Same-Sex Marriage. He also served as a member of National Interreligious Leadership Initiative on Peace in the Middle East and is Past Chair of the Institute for Reform Zionism. He is the editor of Mishkan Moeid: A Guide to the Jewish Seasons and Navigating the Journey: The Essential Guide to the Jewish Lifecycle recently published by the CCAR Press.

He is married for 53 years to the former Elaine Goodman they have two sons and six grandchildren.

Sessions in which Peter Knobel participates

Sessions in which Peter Knobel attends