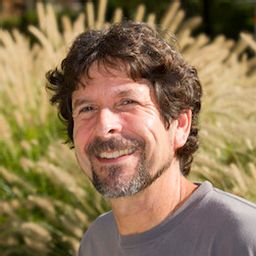 Ranen Omer-Sherman is The JHFE Endowed Chair in Judaic Studies. In addition to dozens of journal articles and reviews, he is the author or editor of five books including Diaspora and Zionism in Jewish American Literature(2002), Israel in Exile: Jewish Writing and the Desert (2006), The Jewish Graphic Novel: Critical Approaches (2008), Narratives of Dissent: War in Contemporary Israeli Arts and Culture (2013), and Imagining Kibbutz: Visions of Utopia in Literature and Film (2015). He earned his Ph.D. in English from the University of Notre Dame. After two years as assistant professor at Saint Louis University in Madrid, Spain, he subsequently taught at the University of Miami for thirteen years where he was promoted to full professor of English in 2009. He joined the faculty of UofL in 2014.

His research covers a broad range of topics, including diasporic identities in literature, orientalism, the literature of “passing,” and graphic novels. In addition, his work examines ethnic American literature; British romanticism; Holocaust narrative; Israeli and Palestinian literature, and representations of utopia/dystopia.

Sessions in which Ranen Omer-Sherman participates