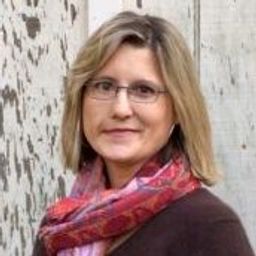 Tiffanny Smith is an attorney at the Ohio Justice & Policy Center, where she provides free legal representation primarily to incarcerated individuals fighting for their humanity.

Tiffanny obtained her bachelor’s degree in Psychology from Marshall University and her law degree from Salmon P. Chase College of Law, where she participated in the Constitutional Litigation Clinic as a limited license intern at OJPC. Before joining OJPC, Tiffanny advocated for children at Children’s Law Center of Northern Kentucky. In May 2015, Tiffanny was hired by OJPC to establish the Incarcerated Survivors of Domestic Violence Project. Through her work, she collaborates with the Ohio Public Defender’s Office, YWCA, Women Helping Women, Ohio Domestic Violence Network, UC Law Center for Race, Gender, and Social Justice, as well as private attorneys, advocates, and others throughout the state. Along with representing imprisoned clients, she has been part of a collaborative that trains judges to be better responsive in domestic violence cases. Tiffanny also coordinates the summer internship and volunteer outreach. She is an active member of the Chase Inn of Court, YWCA of Greater Cincinnati’s Advocacy Committee and Violence Against Women Subcommittee, Community Shares, and the Intimate Partner Abuse Community Action Group. Tiffanny is committed to giving a voice to and helping those who cannot help themselves, through education, advocacy, and meaningful action.

Tiffanny has two, amazing adult children and a dog named Bella. She grew up in Maine and moved to Kentucky for the weather (true). After twelve years as a substitute teacher, PTO/PTSA officer, community volunteer organizer, and “soccer mom,” Tiffanny decided to pursue law as a second (really, a third) career and started law school when her son started undergraduate. She gives back to her community by serving on the Board of her HOA and participating in many volunteer activities. Tiffanny enjoys reading, play board games, escape rooms, movies, live music, plays, and spending time with families and friends.

Sessions in which Tiffany Smith participates