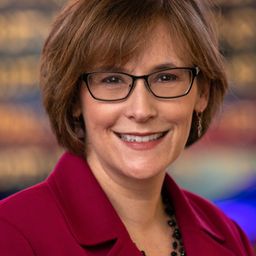 Rabbi Ilana Greenfield Baden is a graduate of Libertyville High School and is pleased to return to her roots in the Northwest Chicago Suburbs. Rabbi Baden was strongly influenced by her years as a camper, counselor, and unit head at Olin-Sang-Ruby Union Institute and was the founding president of Congregation Or Shalom’s youth group. She also served as a regional board member of what is now NFTY-CAR. Rabbi Baden received two degrees from the University of Michigan: one in history, and one in Near Eastern Studies-Modern Hebrew Language. In addition to her studies, Rabbi Baden kept busy as President of the University of Michigan Hillel Governing Board and as a Residential Advisor. She also served on the National Hillel Task Force for Hunger as an undergraduate student.

Following her college graduation, Rabbi Baden began her rabbinic studies at Hebrew Union College-Jewish Institute of Religion’s Jerusalem campus, where she received the Abraham and Anna Helman Memorial Prize for Excellence in Rabbinic Studies. While at the Cincinnati campus, Rabbi Baden served student pulpits in Bristol, TN; Quincy, IL; and Columbus, IN. She was also the rabbinic intern for the University of Cincinnati Hillel and was elected President of the Rabbinical Student Association.

Upon ordination in 1999, Rabbi Baden started her official rabbinic career at the Indianapolis Hebrew Congregation. Following her tenure there, she joined the historic Isaac M. Wise Temple in Cincinnati, Ohio, where she served as a rabbi for 11 years. While there, Rabbi Baden was honored to be named President of the Greater Cincinnati Board of Rabbis. After her time in Ohio, Rabbi Baden returned to Ann Arbor, Michigan with her family and became the Director of Community Engagement for the Jewish Federation. She also served a congregation in Battle Creek, Michigan, and was a faculty member for the Jewish Federation of Metropolitan Detroit’s Adult Education program.

Rabbi Baden is proud to be president of the Chicago Association of Reform Rabbis, and she has served as a faculty member at Olin-Sang-Ruby Union Institute. She is honored to part of Shalom Hartman’s Rabbinic Leadership Initiative. Rabbi Baden, along with her husband and two children, is thrilled to be part of the Temple Chai community.

Sessions in which Ilana Baden participates