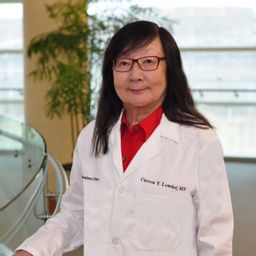 Careen Lowder has been a member of the Professional Staff of the Cleveland Clinic Cole Eye Institute since 1986 when she started the Uveitis Service in the Department of Ophthalmology. She obtained her MD (1978) and PhD (1975) degrees from Case Western Reserve University in Cleveland, Ohio. She completed her residency in ophthalmology at the Cleveland Clinic (1982) and a fellowship in uveitis at the FI Proctor Foundation at University of California San Francisco (1982-1984) and a fellowship in Ophthalmic Pathology at University of California San Francisco Department of Ophthalmology (1983-1984).

She received the Life Achievement Honor Award from the American Academy of Ophthalmology in 2016, and she is a frequent recipient of the Teacher of the Year award at the Cleveland Clinic Cole Eye Institute, most recently for 3 subsequent years (2015, 2016, 2017). She has been on the Best Doctors of America list every year since 1996 – 2019. She has over 175 peer review publications and is recognized as a leader in her field of uveitis. She was the Principal Investigator in numerous clinical trials and was the first author of the report on the dexamethasone implant trial.

Financial disclosure: Dr. Lowder does not have any affiliation (financial or otherwise) with a commercial organization.

Sessions in which Careen Lowder participates