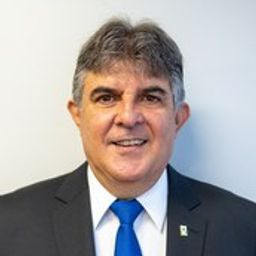 Waldemar Gonçalves Ortunho Junior is an electronic engineer, graduated from the Army Engineer Institute. Also, he is an officer of the Brazilian Army, graduated from the respected Academia Militar das Agulhas Negras. He holds a postgraduate degree in Electrical Engineering from the University of Brasília.

He represented Brazil as an instructor at the Escuela Politécnica del Ejército (EsPE), between 1996 and 1998. In 2004, he was General Coordinator for the Evaluation of Grants for the Broadcasting Service, at the Ministry of Communications, where he was part of the Digital TV Management Group, responsible for choosing the Brazilian SBTVD.

In the IT, Electrical Engineering and Communications sector, he was Project Coordinator at Instituto Cesar, Recife PE, from December 2010 to January 2013, in the Brigada Braço Forte project.

In preparation for and during the 2014 FIFA Confederations Cups, he was Telecommunications Coordinator at the FIFA Local Committee. He was Systems Engineering advisor at the Ingepro consortium, supporter of the SISFRON project, from February 2014 to August 2015. In his last role, in the current government, he was the President of Telecomunicações Brasileiras – Telebras, from January 2019 to November 2020.

Finally, he was a professor for more than 20 years at several higher education institutions in the Federal District, such as IESB, Universidade Católica de Brasília, Faculdades Michelângelo, UniCEUB, ICESP and Faculdade Alvorada.