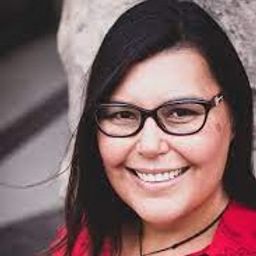 Dr. Marcia Anderson is Cree-Anishinaabe and grew up in the North End of Winnipeg. Her family roots go to Peguis First Nation and Norway House Cree Nation in Manitoba. She practices both Internal Medicine and Public Health as a Medical Officer of Health with Indigenous Services Canada- Manitoba Region. She is the Vice-Dean, Indigenous Health and the Executive Director of Indigenous Academic Affairs in the Ongomiizwin Indigenous Institute of Health and Healing, Rady Faculty of Health Sciences, University of Manitoba. She serves as the Chair of the Indigenous Health Network of the Association of Faculties of Medicine of Canada and the Chair of the National Consortium for Indigenous Medical Education. She was recognized for her contributions to Indigenous peoples health with a National Aboriginal Achievement Award in March 2011. In 2018 she was named one of the 100 most powerful women in Canada by the Women’s Executive Network. She recently received the Royal College of Physicians and Surgeons Dr. Thomas Dignan Indigenous Health Award.

Sessions in which Marcia Anderson participates