Purpose: Poor visual acuity (VA) is heavily correlated with reduced well-being and decreased earning potential. However, little is known about the prevalence of ocular pathology and barriers to eye care experienced by women with marginalized housing, history of abuse, violence, and/or trafficking. The purpose of this study was to ascertain the prevalence of visual impairment (VI) among marginalized housed women in Toronto, to identify common causes of VI and to determine the relation between various demographic features (such as refugee status, head trauma and eye trauma) on VI.

Results: The median age was 40 years (IQR, 30.5-54 years) and the median lifetime duration of homelessness was 8 months (IQR 2.25-20.5 months). Most participants had some degree of postsecondary education (62.4%) and 54.3% had a monthly income less than five hundred Canadian dollars. 63.4% of participants reported a history of abuse, 44.9% experienced head trauma, 15.9% experienced eye trauma, 22.5% identified as refugees and 2.17% (2/92) have been victims of human trafficking. On univariate analysis, the above variables were not found to be significantly related to vision problem severity as defined by the LogMar value of the worse seeing eye. Based on the presenting visual acuity, 27.8% (95%CI [18.9-38.2]) of participants were found to have VI. This translates to 2795 per 10 000. Of all the participants, 64.5% had 1 or more abnormal findings during the vision screening, and 40.9% needed follow-up by an ophthalmologist. Although the major problem for this demographic was limited access to refractive correction, nonrefractive pathology was also observed. Most of participants (96.7%) expressed interest in accessing free eye examinations.

Conclusions: There is high prevalence of VI among homeless women living in Toronto. Complex psychosocial circumstances pose additional psychological and logistical barriers that impact their ability to access care. Improved access to vision screening may help address unmet eye needs in this population. 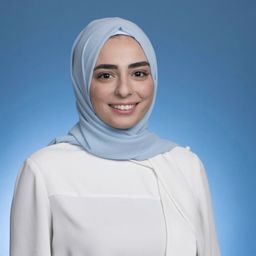