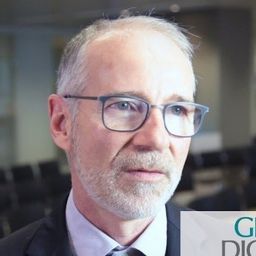 Christophe COLINET joined the City of Bordeaux in 2005 as head of operational maintenance for infrastructure City's servers before creating, in 2008, a new R&D service dedicated to innovative technical solutions adapted to the context of the City's information system, and then in 2012 to take over the digital territory management.

Otherwise, since 2013, Christophe is the Bordeaux representative within the Eurocities KSF forum. Since the beginning of 2016, he chairs the “Standards and interoperability working group” for this forum.

Since the 9th June 2016, he chairs an ETSI ATTM SDMC (Sustainable Digital Multiservice for Cities) working group dedicated to provide technical specifications for the industry in accordance with city’s needs. He is also vice chairman of the ETSI Industry Specification Group for Context Information Management, member of the H2020 CS3 Espresso advisory board and member of the standards work package in the H2020 IoT Large Scale Pilot called Synchronicity.

He has an engineering degree issued by the E.S.E.O (Upper Electronics School from West) in Angers (France).

In 2017, Christophe became an ambassador for the Smart Building Alliance, Vice-Chairman of the Smart Building for Smart Cities Commission and co-founder of the SBA Nouvelle Aquitaine in 2018. He then co-wrote the first of a series of thematic books for the commission: "Des territoires plus fertiles grâce au numérique".

At the beginning of 2019, Bordeaux also became a member of the global network of OASC cities at its own initiative.

Sessions in which Christophe Colinet participates