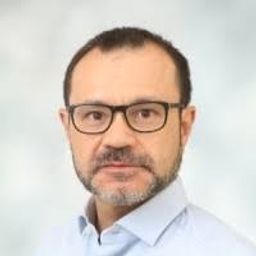 Giorgio Micheletti is Consulting Director at IDC and directly involved in IDC’s consulting activities with the EU Institutions. Within the context of CREATE-IoT and the European IoT Large-Scale Pilot programme, and in collaboration with IDC’s IoT Practice, Giorgio regularly conducts research around the market and business-related aspects of IoT. He also covers data-related topics such as the European data market and the European data economy, as well as on the ongoing process of digital transformation among companies and organizations in the EU. Mr Micheletti regularly presents at conferences and workshops organized by the European Commission, the Council of the European Union, the European Parliament and other relevant bodies such as such as the Big Data Value Association – BDVA.

Prior to IDC European Government Consulting, Giorgio worked at IDC's European Industry Solutions, IDC's Insights, and IDC's CEMA (Central & Eastern Europe, Middle East, and Africa) where he gained a deep knowledge of ICT’s supply and demand dynamics at vertical and cross-vertical levels in both mature and emerging markets. Mr Micheletti has a degree in political sciences with specialisation in macro-economics from the University of Bologna in Italy and a Master's Degree in European Studies from the Catholic University of Louvain in Belgium. He completed his MBA from the Open University Business School in the UK and holds a certification from the Project Management Institute as a Project Management Professional (PMP). In addition to his native Italian, Giorgio speaks German, French, and English fluently.

Sessions in which Giorgio Micheletti participates