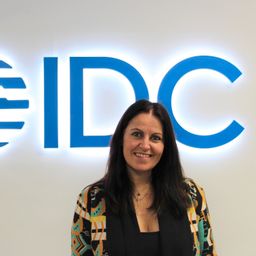 Nuria de Lama studied Telecommunications Engineering at the Polytechnic University of Madrid. She has worked more than 22 years in Innovation Programs at European level and has contributed to more than 40 R&I projects in areas like Digital Platforms, IoT, Big Data and Artificial Intelligence. From a sectorial point of view, she has knowledge on different industries and notably Smart Cities and Agriculture. For almost 17 years she has played different positions at Atos, the leading IT company. Among them, she led a research unit on Semantic Technologies, Software and Service Engineering and later she worked as European Programs Manager, where she has represented Atos in major European Initiatives and coordinated Atos strategy in European Research projects. In that position she has been recognized as leader and contributor to EU initiatives like NESSI (European Technology Platform on Software and Services), the Future Internet Public Private Partnership (FIWARE program, leading to the creation of the FIWARE Foundation), Eureka programs like CELTIC and the Big Data Value Association, where she was founding member and held the position of Vice-Secretary General and currently contributes to the Board of Directors. In the last years she has been engaged in topics related to the Data Economy. Nuria works as expert and advisor for a number of IT projects and institutions like the European Commission and has recently joined IDC.