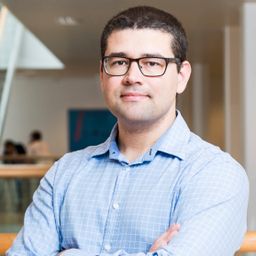 Daniel E. Lucani is an Associate Professor with the Department of Engineering, Aarhus University, leading the Agile Cloud Lab and the Internet of Things efforts of the DIGIT Centre (https://digit.au.dk). He is the founder, and the Lead Scientist of the start-up Chocolate Cloud ApS since 2014 and its CEO until Dec 2018. Dr. Lucani received the B.S. degree (summa cum laude) and the M.S. degree (Hons.) in electronics engineering from Universidad Simon Bolvar, Caracas, Venezuela, in 2005 and 2006, respectively, and the Ph.D. degree in electrical engineering from the Massachusetts Institute of Technology (MIT) in 2010. He was an Associate Professor at Aalborg University from 2012 to 2017, and an Assistant Professor at the University of Porto from 2010 to 2012. He has published over 160 scientific papers in international journals and top-ranked international conferences, as well as eight patents and patent applications. He is a recipient of the IEEE ComSoc Outstanding Young Researcher Award for the EMEA region in 2015, and a recipient of the Danish Free Research Foundation’s Sapere Aude Starting Grant.