Methods: 83 FAFs from PnR patients and 74 FAF images from PPV patients were included from St. Michaels' Hospital (Toronto, Canada), Newcastle Eye Center (Newcastle, UK), and Hamilton Regional Eye Institute (Hamilton, Canada). For each image, the location of the optic disk and fovea were determined using a machine learning model from Optos. From these values, we determined the location of Zone 1, a circle drawn from the optic disk, using the fovea as the center of the circle. Two graders then located points on retinal vasculature that matched retinal vessel printings (RVPs) on the FAFs within this Zone 1 region. These corresponding pairs of points were then drawn on the image and projected to a 3D using machine learning tools. From these coordinates on the 3D projection, we determined the horizontal, vertical, and diagonal displacements of the RVP to vessel in each FAF across the curvature of the eye. This provided us with a measurement of displacement in millimeters of the retina after PPV or PnR that accounted for the three-dimensional curvature of the retina. Angles of displacement from the optic disk were determined using the horizontal and vertical measurements and standardized between eyes with angles increasing superiorly and temporally from the optic disk.

Conclusions: This study developed a robust methodology to determine displacement across the three-dimensional curvature of the retina using RVPs from two-dimensional FAF images. Furthermore, our results using this methodology show a correlation between displacement of the retina and increased aniseikonia, increased vertical metamorphopsia, and decreased visual acuity. 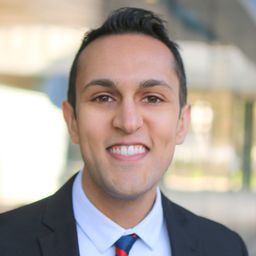