SmartICE is an internationally recognized work integration social enterprise (WISE) that empowers Indigenous communities to adapt to increasingly unpredictable ice conditions. It is the world’s first climate change adaptation to integrate Indigenous knowledge of ice safety and travel with advanced data acquisition and remote monitoring technology. As a social innovator, SmartICE harnesses the vast potential of Indigenous women and men—especially youth—to embrace science, technology and traditional knowledge as a vehicle for sustainable employment, economic development and wellbeing in their communities. For example, we train and employ community members as producers, operators, and technicians of our technology. As demonstrated by our successful expansion from two pilot communities in 2017 to 24 operational communities across Inuit Nunangat in 2021, SmartICE is employing its WISE approach to empower communities with the tools, training and support they need to tackle changing ice conditions.

Geospatial mapping is central to SmartICE’s approach to reducing travel risk for ice users. From point and track measurements of ice and snow thickness using sensor technology along community trails to the production of community ice travel safety maps, spatial information on ice conditions is critical for route planning and travel preparation. For example, our SmartICE community ice travel safety maps, which are in development, represent an integration of community sea-ice knowledge (IQ) and observations with ice condition analyses from satellite image interpretation. These maps differ from Canadian Ice Service ice charts in that they are designed for community on-ice travel as opposed to ship traffic through the ice, and will be prepared by SmartICE Community Operators as opposed to southern-based ice analysts. A training program and curriculum are being co-created to build for the first time local Inuit expertise in remote sensing interpretation and digital mapping skills.

SmartICE’s success is grounded in its founding principles, one of which is to augment—not replace—Inuit Qaujimajatuqangit (IQ) of safe ice travel. In response to community requests, SmartICE is supporting the documentation of their IQ of the seasonal ice cycle, including which ice conditions are safe for travel, and which are more dangerous, such as thin or rough ice, open water, or ice cracks. Where these travels hazards were known to recur in the same locations from year to year, Elders and experienced ice users have marked them on maps along with safe snowmobile routes and locations of cabins and shelter. This geospatial ice IQ is an important information layer in the SmartICE community ice travel safety maps. 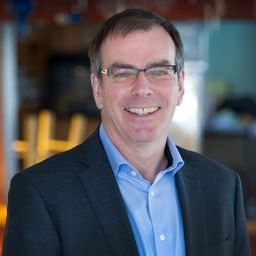